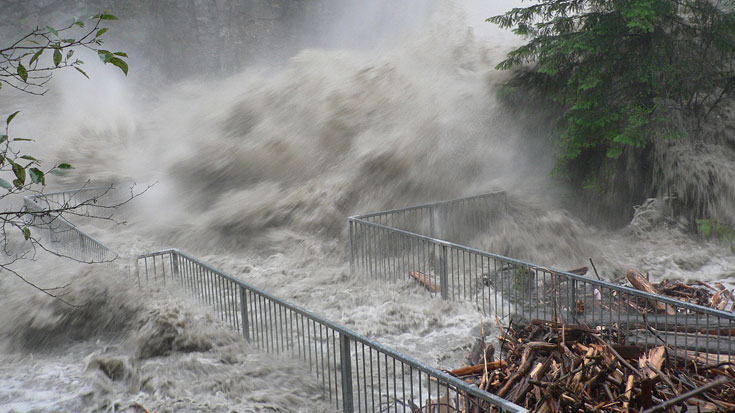 In the dream The Tree, the Wood, the Truth it was revealed that:

Now I hear what sounds like rolling thunder along the dry river bed. Yet it comes down from the mountains and from everywhere. I hear the voices of God the Father, Jesus, and the Holy Spirit speaking as one. They are saying to look to the north for a sign of the early winged migration. Then I hear these words: “My tears will now burst forth and be so great that the ground will not absorb My tears, which are great because My heart aches. Great will be the flooding from My tears. The ground will move from My tears. The world will rejoice because the rain will finally come. Little do they understand that these are My tears that will come because of what I must now do. The ground will open up because of My wrath. Yet I suffer with great tears because of what I must now do. I asked each person to take the hand of Jesus. Your Savior waited with His hand held out for those who would decide to take it. I asked each, ‘Where are you looking?’ My calendar shows that three and a half years are now over. It is time.” - The Tree, the Wood, the Truth

Below are some fulfillments of this prediction. 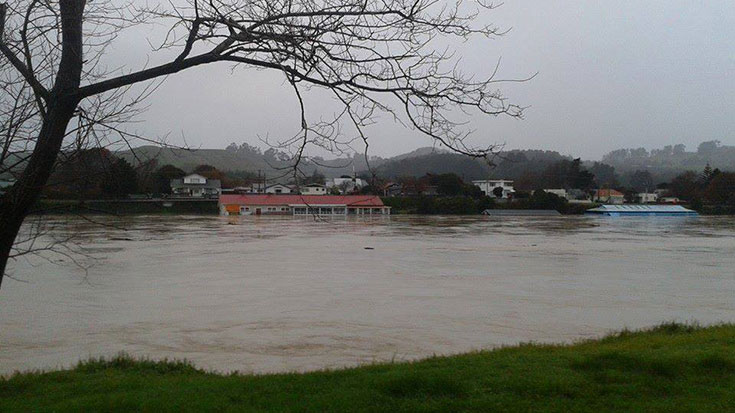 A number of towns in the North Island of New Zealand experienced flooding after more than 24 hours of heavy rain. Whanganui, Rangitikei and Taranaki have been impacted with Whanganui experiencing it's worst flooding on record. More than 400 people have been affected by the flooding. Many roads have been damaged by the rain and landslides. It is expected that some roads will remain closed for a month or more. 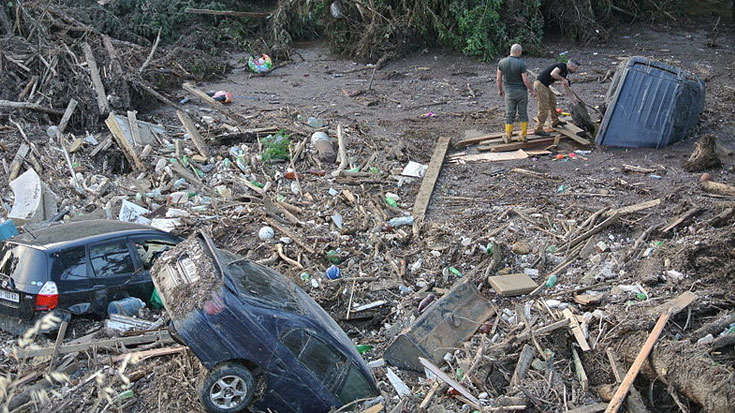 The Vere River valley in Tbilisi (the capital of Georgia) flooded after torrential rain on June 13-14, which killed at least 19 people and left 40 families homeless. The damage is estimated to be 100 million GEL (44 million USD). The Tbilisi Zoo was also badly damaged. About half of the 300 animals escaped or died. 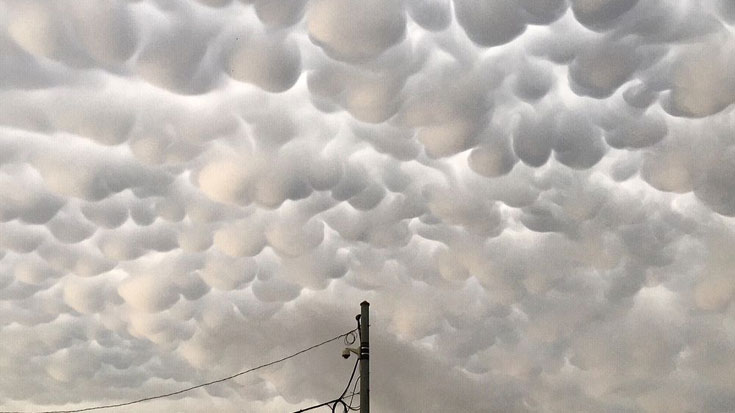 Storms and rain brought record-breaking floods to Texas and Oklahoma in late May. At least 31 people were killed. Some areas in Texas recorded more than 20 inches of rain. A 25 by 25 foot sinkhole also opened up at the Dallas/Fort Worth International Airport. The Blanco River crested at just over 41 feet, breaking its 32 foot record set in 1929. Hundreds of houses were destroyed, leaving at least 1,200 people homeless.

Almost 240,000 people in the Hunan province have been affected by heavy rains and flooding. Two hundred twenty millimeters of rain were recorded in 24 hours in Yueyang city. Almost 20,000 hectares of crops have been severely damaged. Additionally, 54 towns have reportedly been affected in the Jiangxi province, with electricity and roads being badly damaged. 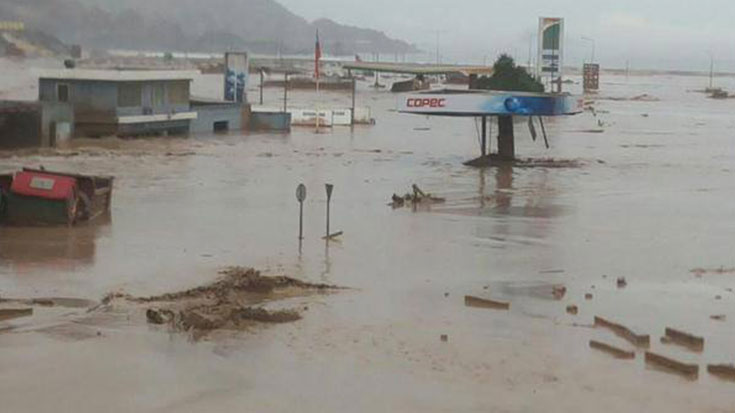 A cold front produced unseasonally heavy rain in March of 2015 causing flash flooding and a mudflow. Severe damage was reported in Atacama, Antofagasta and Coquimbo. More than 27,000 people have been affected, with at least 26 people killed and many are still missing. One hundred five houses were completely destroyed and at least 5,900 severely damaged.

Late February and early March brought flooding to the state of Acre in northern Brazil, when some of the state’s rivers, including the River Acre, broke their banks. The capital, Rio Branco, was one of the worst hit areas. One person died and almost 90,000 people were affected in what has been described as the worst flooding in 132 years.

The mayor of the town San Pedro de Bolpebra, in Bolivia, situated on the banks of the River Acre, [said the town] was almost completely swept away by the flood waters. He said the river rose 14 meters (46 feet) above its normal level. 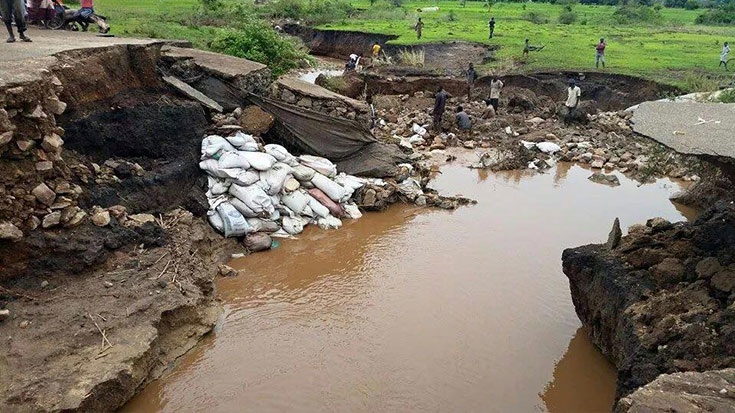 Devastating floods in Malawi have displaced 230,000 people and left another 276 dead or missing. It is estimated that around 64,000 hectares of land have been damaged as a result of the flooding. Homes and crops have been swept away and livestock killed, leaving the people who are mostly subsistence farmers destitute.

Parts of Madagascar and Mozambique were also inundated, impacting around 180,000 people. Madagascar had reportedly received double its average rainfall since the beginning of January. 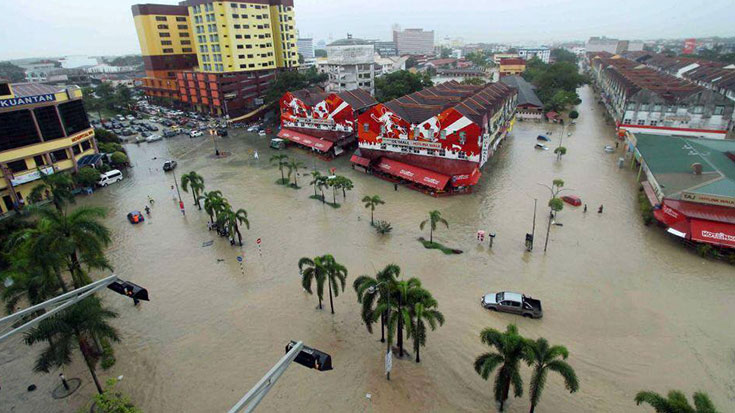 Northeast monsoon rains caused record flooding in Malaysia, with the state of Kelantan registering record flood levels for a number of their rivers. At least 21 people were killed and 200,000 were affected by the flooding. The damage is expected to be worth more than RM1 billion ($265 million).

Four people died and buildings were swept away in landslides caused by torrential rain across Switzerland and Italy. It was reported that more rain had fallen in a few days than was normally expected for an entire year. 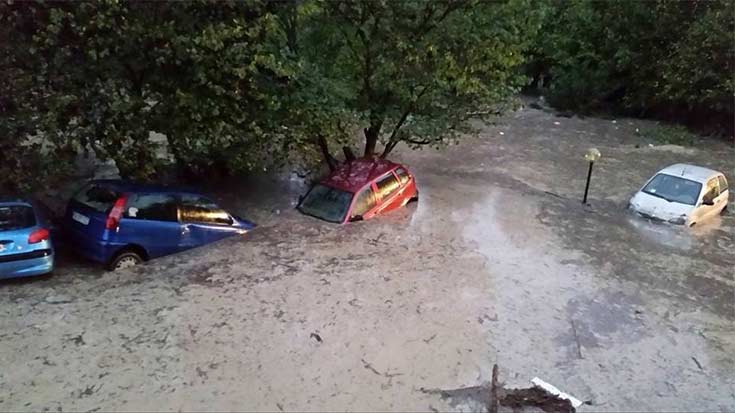 Heavy rains experienced in Italy from October 9 were described as a water bomb by the Italian media. Three people were killed, and many areas experienced severe flooding. The flooding was worse than expected, causing damage to roads, bridges, hospitals and other infrastructure.

A record 378mm (14.9 inches) of rain was recorded in 24 hours in Nicaragua, causing flooding and landslides. A young girl died after being swept away in flood waters. It was also reported that 24 homes were destroyed and 890 flooded.

Heavy rains caused widespread flooding in parts of Vanuatu from October 6-9. The island of Efate recorded 157.7mm (6.2 inches) of rain in 24 hours, setting a new record. Many homes in this area were reported to be severely damaged or destroyed. Hundreds of people were evacuated, and one man lost his life when he was swept away by flood waters. 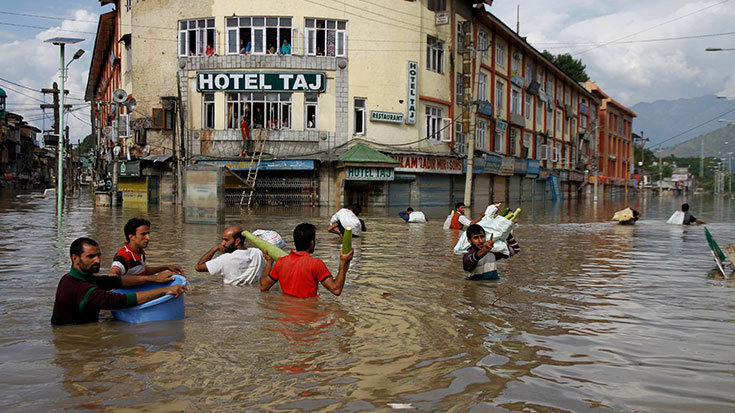 Torrential rain caused devastating flooding and landslides in India and Pakistan. It is reported that 280 people died in Pakistan and over 270 in India as a result of the floods. Twenty-six hundred villages were affected in India, with 390 of them being completely submerged. It is reported that more than 1.1 million people were affected by the floods.


This is a very small glimpse of the flooding rains that have occurred since September 2014. For more extensive information please see floodlist.com/news.