Jesuits in Our Midst 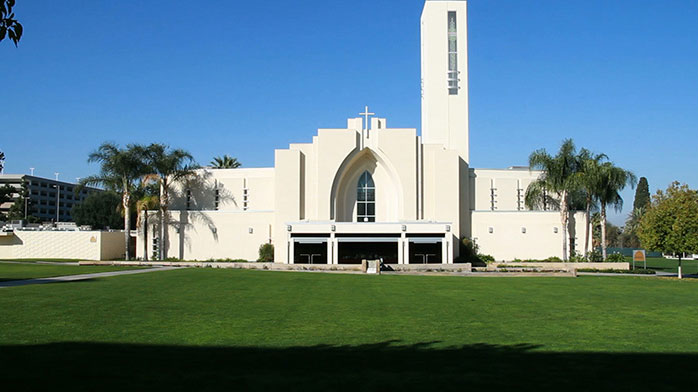 [Note: Phipps is mentioned in the apostasy chapter of the For My People Ministry book, the TRUTH, the whole TRUTH, and nothing but the TRUTH.]

John 8:12
Then spake Jesus again unto them, saying, I am the light of the world: he that followeth me shall not walk in darkness, but shall have the light of life.

James 4:4
Ye adulterers and adulteresses, know ye not that the friendship of the world is enmity with God? whosoever therefore will be a friend of the world is the enemy of God.

Proverbs 15:2
The tongue of the wise useth knowledge aright: but the mouth of fools poureth out foolishness.

The Great Controversy (1911), p. 235
Throughout Christendom, Protestantism was menaced by formidable foes. The first triumphs of the Reformation past, Rome summoned new forces, hoping to accomplish its destruction. At this time the order of the Jesuits was created, the most cruel, unscrupulous, and powerful of all the champions of popery. Cut off from earthly ties and human interests, dead to the claims of natural affection, reason and conscience wholly silenced, they knew no rule, no tie, but that of their order, and no duty but to extend its power. (See Appendix.) The gospel of Christ had enabled its adherents to meet danger and endure suffering, undismayed by cold, hunger, toil, and poverty, to uphold the banner of truth in face of the rack, the dungeon, and the stake. To combat these forces, Jesuitism inspired its followers with a fanaticism that enabled them to endure like dangers, and to oppose to the power of truth all the weapons of deception. There was no crime too great for them to commit, no deception too base for them to practice, no disguise too difficult for them to assume. Vowed to perpetual poverty and humility, it was their studied aim to secure wealth and power, to be devoted to the overthrow of Protestantism, and the re-establishment of the papal supremacy.
When appearing as members of their order, they wore a garb of sanctity, visiting prisons and hospitals, ministering to the sick and the poor, professing to have renounced the world, and bearing the sacred name of Jesus, who went about doing good. But under this blameless exterior the most criminal and deadly purposes were often concealed. It was a fundamental principle of the order that the end justifies the means. By this code, lying, theft, perjury, assassination, were not only pardonable but commendable, when they served the interests of the church. Under various disguises the Jesuits worked their way into offices of state, climbing up to be the counselors of kings, and shaping the policy of nations. They became servants to act as spies upon their masters. They established colleges for the sons of princes and nobles, and schools for the common people; and the children of Protestant parents were drawn into an observance of popish rites. All the outward pomp and display of the Romish worship was brought to bear to confuse the mind and dazzle and captivate the imagination, and thus the liberty for which the fathers had toiled and bled was betrayed by the sons. The Jesuits rapidly spread themselves over Europe, and wherever they went, there followed a revival of popery.

It is bad enough to invite Phipps, who is a friend to the famous of the world, as well as Caperton, who is a comedian. However, to blatantly invite a Jesuit priest to speak for a Friday night vespers is appalling and far from common sense. It is certainly Protestantism going in reverse. Certainly, God’s patience with His last day church is almost exhausted and His wrath will surely be poured out!