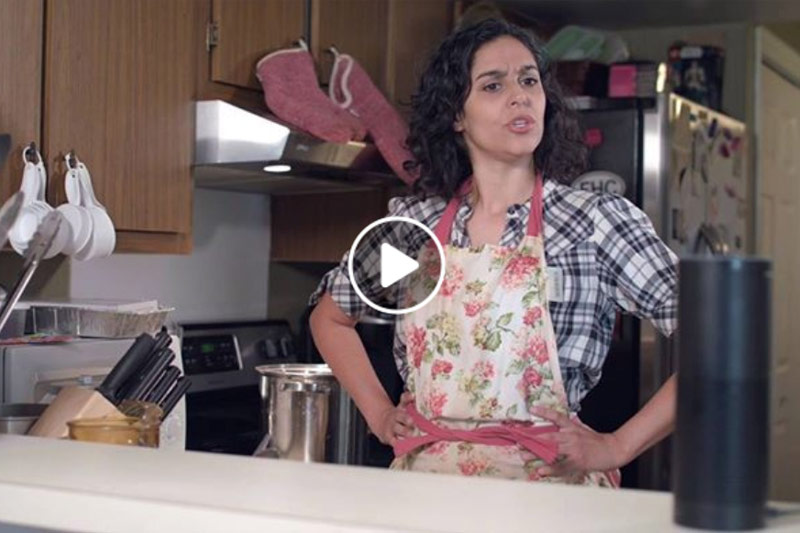 The following quote comes from a video produced by the Florida Hospital Church, which was posted on Facebook on April 20 at 10:30am.

“From the people that brought you their own version of Twinkies, bacon, coffee and Boys and Girls Clubs [Scouts] of America comes the latest in Adventist improvement. Introducing the Adventist Book Center’s ‘Ellen.’ It’s more than an Alexa. … This is a satirical video and does not reflect any connection with the Adventist Book Center (ABC).” -- https://www.facebook.com/hospitalchurch/videos/1979703445396044/

A definition of satire: using sharp humor, sarcasm, and ridicule to point out the foolishness of a person.

The video ridicules God’s messages to Ellen White regarding:

What happened to those who ridiculed the prophet Elisha? Bears tore them to pieces.

2 Kings 2:23-24
And he went up from thence unto Bethel: and as he was going up by the way, there came forth little children out of the city, and mocked him, and said unto him, Go up, thou bald head; go up, thou bald head. And he turned back, and looked on them, and cursed them in the name of the LORD. And there came forth two she bears out of the wood, and tare forty and two children of them.

What happened to those who mocked Noah? The Flood waters swallowed them up.

Manuscript Releases, Vol. 19, pp. 133-134
At last God bade Noah and his family to go into the ark; and He shut them in. There they remained one week enclosed in the ark before it began to rain. How then did these wicked men mock and deride those in the ark! … At last the heavens were opened and the rain poured down in torrents. Then everyone began to be swept away; but the ark floated upon the troubled waters. What would the inhabitants of the world have given then could they have had a place within the ark!

1 Thessalonians 5:3
For when they shall say, Peace and safety; then sudden destruction cometh upon them…and they shall not escape.